The search for a new GM began earlier this week shortly after the Texans let go Brian Gaine 17 months after hiring him. Part of the reason Gaine was let go was because of his unwillingness to not only resign his own players, but to sign people who could’ve contribute greatly for the Texans next season. Letting Kareem Jackson walk after having a career year, as well as letting Tyann Mathieu go to Kansas City, are examples of that. We won’t even begin to speak of the 2019 NFL Draft.

There were names like Gerald McCoy, Rodger Saffold, Ja’wuan James, and Malik Jackson in free agency. Knowing that all of these players could contribute to the Texans, and that the Texans didn’t even try to pick them up, is frustrating. It wasn’t like they didn’t have the money to do it. They entered free agency with $74.8 million in cap space.

There are less than 90 days until the Texans suit up to play their first regular season game. Though they didn’t have the best offseason thus far, it is not too late to finish the offseason strong. Here are some moves that the Texans can make to improve their roster for the 2019-2020 season.

Tytus Howard may be the Texans franchise LT in the future, but he will have to be groomed. Finding him a great mentor will help accelerate the learning curve. Who better than do it than All-Pro LT Trent Williams?

A Texas native, Williams reportedly wants out of Washington after many disputes with the team in the offseason. Who better to trade him to than his home state in the Texans? He struggled with injuries last seasons, but he has been one of the elite LT for the pass 10 seasons. He will be 31 before the season begins, and I believe he still has a lot in the tank. Having him protect Deshaun Watson for a couple of seasons while grooming Howard at RT is very ideal for the Texans. It is also a great Trading for him shouldn’t require more than a 2nd or 3rd round pick, along with a late pick. It’ll vastly improve the Offensive Line as well. Why not do it? 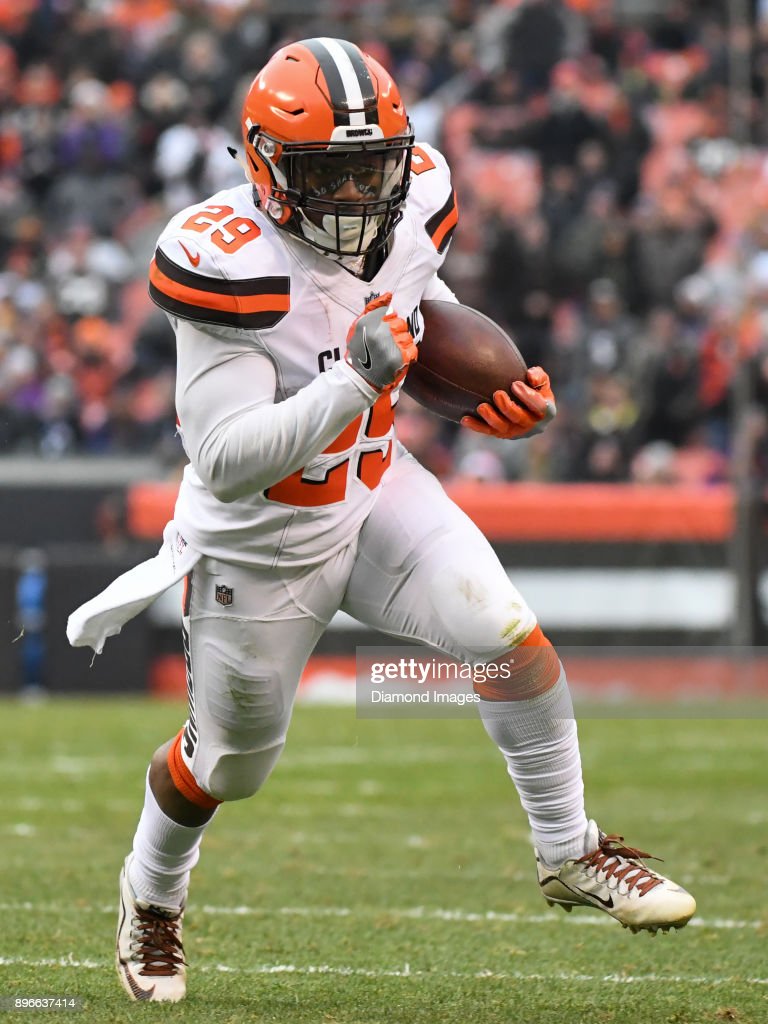 Let’s go visit another disgruntled employee, this time in Cleveland. RB Duke Johnson is also asking to be traded after the team has drafted Nick Chubb and signed Kareem Hunt the past two seasons, burying him further down the depth chart.

Johnson has many skills as a RB that the Texans roster currently doesn’t have. He is a match-up nightmare as a receiving threat, turning in 121 receptions the last two seasons. He can line up anywhere on the offense, and is just 25 years of age. Adding him to the Texans would give Deshaun Watson another receiving threat in the backfield and in the slot, making the offense that much harder to defend. He shouldn’t be worth more than a 4th or 5th round pick, so once again, why not make the trade?

Perhaps the Texans want to trade their picks for an RB, or perhaps they don’t. Either way, they can still look at signing Jay Ajayi this offseason to help improve their RB group. It’s no secret that the Texans looks to run the ball in order to set up the run. Besides Lamar Miller, and with D’Onta Foreman battling injury, the Texans don’t have a true bell cow RB they can use to consistently run the ball. Adding a 6’0 220 LB powerhouse in Jay Ajayi will only improve the Texans run game. I am aware that Ajayi is coming off an ACL injury, so he may still need more time to recover and heal. However, imagine a RB group of Miller, Foreman, Ajayi, and possibly Duke Johnson. Too good and versatile to pass up!
Sign Muhammed Wilkerson

We’ve discussed how to improve the offensive side of the ball. Now let’s focus on defense.

The Texans were tied for 11th in sacks in the NFL. However, J.J. Watt and Jadeveon Clowney were responsible for 25 of the 43 sacks recorded. The Texans need someone else who can apply consistent pressure. This is where Muhammad Wilkerson comes in.

Although he missed 13 games last season, Wilkerson still has much left in the tank. He is still in his 20s, and is not that far away from when he recorded 10.5 and 12 sacks a few seasons ago. He will fit greatly on the Texans because he will not be the main focus on the defense. With Watt and Clowney demanding most of the attention, Wilkerson will see many one on one opportunities. He can be in for a big payday if the Texans were to sign him, and the pass rush can be greatly improved for the Texans in 2019.

Take a chance on Eric Berry.

The Texans need help in the secondary. It’ll be difficult replacing Kareem Jackson, Tyrann Mathieu, and Andre Hal. However, there may be a Safety currently in Free Agency who may be of service to the Texans. That man is named Eric Berry.

We all know Eric Berry’s story. An All-Pro Safety who was diagnosed with Lymphoma and made a strong return back to the NFL. He is currently a Free Agent after playing in only 3 games in the past two seasons. I know it’ll be a big risk signing him, but with big risk can be with big reward. Berry is just 30 years old, and still should have much to offer. If he can tap into his All-Pro days, the Texans secondary will be in great position next season.

These are the moves that can make the Texans a top contender if they pay off. The Texans haven’t had a strong offseason thus far, but it’s not too late to turn it around. They currently have around $44 million in cap space, so I expect them to make some moves.

That’s all I have for now. See you guys next week!

This site uses Akismet to reduce spam. Learn how your comment data is processed.